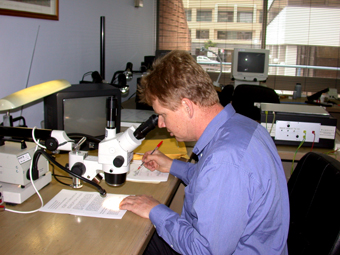 Steve Dubedat has been a forensic document examiner since 1987.

Steve initially trained with the NSW Police Physical Evidence Section where, over a period of 4 years, undertook intensive training in the examination and comparison of handwriting, signatures, and other document related fields.

His training included the study of recognised text, literature and journals on all aspects of document examination under the guidance of four accredited experts in this field. 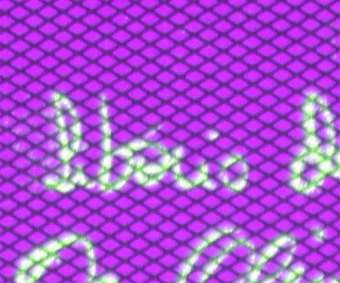 Steve has been giving evidence as a document examiner to the courts since 1987, and has been recognised as a handwriting expert since 1991.

The image above shows a normally invisible signature in a bank book when viewed using ultraviolet light. 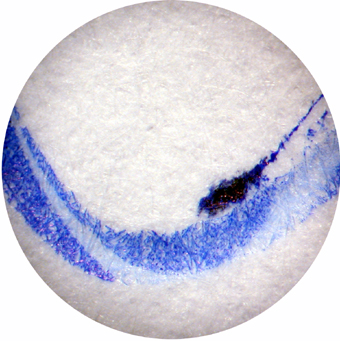 Steve has been involved in the quality control of other document examiners, training of document examiners, production of training manuals, articles, technical manuals, and regularly participated in proficiency tests. Steve has regularly attended scientific meetings and workshops, and has presented various material to his peers in Australia and overseas. The image on the right shows ink striation patterns from a ball point pen.